Let's go over the Columbus Crew vs Inter Miami data to find the best odds, predictions, and betting lines for Sunday's match. If you are interested in more MLS betting picks, you can check out our website.

We tasked our betting experts with finding the best betting picks and predictions for Sunday, and this is what they came up with:

These odds are all from BetMGM and are subject to change, make sure to double-check them via your bet slip before confirming.

Columbus Crew's recent form consists of mostly positive results with three wins, a draw, and one loss. On the other hand, Inter Miami's good luck ran out and they are once again on a losing streak during the last five matches they played. Although they were in luck last time they faced each other, we believe that this time Columbus Crew will take three points from Inter Miami and get one step closer to the play-offs.

The last time Columbus Crew and Inter Miami played against each other was not only the first match between them but also a low-scoring game. Also, more of Inter Miami's matches this season ended with under 2.5 total goals, including three of the last four they played in the MLS.

These match statistics and recent team form are for the upcoming Columbus Crew vs Inter Miami fixture this weekend.

Our Final Match Preview & Injury Reports for the Match

We are almost certain that Sunday's match will end with Columbus Crew scoring three points and getting closer to the play-off section of the table. The teams’ recent form shows that Inter Miami has had negative outcomes recently, and Columbus Crew is the opposite with most wins or draws. 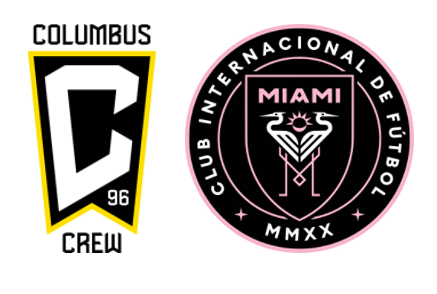