Colorado Rapids from the Western Conference will be going up against Toronto from the Eastern Conference in a clash on Sunday. In this article, you can find all the information you will need about the match.

After reviewing the statistics, we thought of the best predictions and free picks for the Colorado Rapids vs Toronto fixture.

All odds you see here are from BetMGM and are subject to change. Before placing any of these bets review your bet slip for any changes.

Four of the last five matches for Colorado Rapids and three of the last five for Toronto ended with both teams scoring goals. Also, the last time they played together, the fixture ended the same way.

Latest Statistics for Colorado Rapids vs Toronto on Sunday

These are the latest scores and match histories of Colorado Rapids and Toronto for their match this weekend.

Besides the obvious advantage that Colorado Rapids has over Toronto – their recent form being better – they also have another thing going for them. No one on their team is either injured or suspended, unlike Toronto.

The Canadian club has four injured players in various positions that won't be able to play on Sunday. The most recent injury is midfielder Alejandro Pozuelo who is out with a leg injury. The other three are Ayomide Akinola, Jozy Altidore, and Ralph Priso-Mbongue who are out because of different injuries involving parts of the leg. 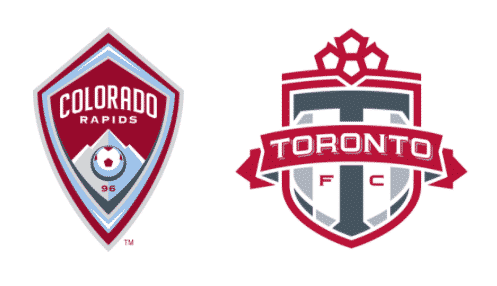 What You Should Know About the Upcoming Match