On the 25th of November, we will witness the first MLS playoffs quarter-final match between Colorado Rapids and Portland Timbers. If you want to see more odds and betting picks for the rest of the MLS playoffs, check out our most recent posts.

Latest Picks, Lines, and Odds for Colorado Rapids vs Portland

Below, you can check out the most recent match statistics and odds for the upcoming MLS quarter-final on Thursday.

All of the odds above are from BetMGM and are subject to change. Before wagering, make sure to check your bet slip for the latest prices.

Colorado Rapids secured their position at the end of the season, while Portland Timbers had to go through Real Salt Lake in the previous round to get here. The Rapids have a positive head-to-head history against Portland Timbers with three wins out of their last four games together. The last advantage for Colorado Rapids we will mention is that they will be hosting the match and previously they won or drew all five of their last matches at home. On the other hand, the Timbers lost two of the last five games they played away from home.

All three times the Rapids won against Portland Timbers this season and last, the matches ended with fewer than 2.5 total goals scored. Since we expect them to win again, we also expect a low-scoring match. Also, four of the last five fixtures that Colorado Rapids played in the MLS, ended with under 2.5 total goals.

These are the most recent match statistics and odds for the upcoming Colorado Rapids vs Portland Timbers fixture this Thursday.

While Portland Timbers squashed Minnesota United to get to the quarter-finals with a two goal-difference, we don't think that this time they would have a chance against Colorado Rapids. We don't know of any injured or suspended players on either of the teams, so they will be playing at 100% this week. 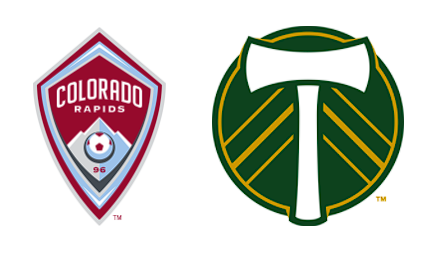 BetRivers Review: A State-by-State Overview for 2021

Fox Bet App: How to Download & Place a Bet