In this article, we will check out the top betting picks and betting lines for the upcoming Cincinnati vs Nashville match. If you want to see more MLS predictions, then our website is the perfect place for you because we post regular updates for all MLS matches.

Top Odds and Betting Picks for Cincinnati vs Nashville

We asked our betting experts to go over the Cincinnati vs Nashville fixture and think of the best predictions for their match on Thursday. This is what they came up with:

These odds are all from BetMGM and are correct at the time of writing. Make sure you check them out before wagering because they are also subject to change.

Nashville is the obvious choice here because even though they haven't won a game in the last five matches they played, they drew four games, while Cincinnati lost all five of their latest games. Another point for Nashville is the fact that they won two of the last three head-to-head games against Cincinnati, while the home team still hasn't won a match against Nashville.

Statistics and Head-to-Head Data for Cincinnati vs Nashville

These are the head-to-head stats and match histories for the Cincinnati vs Nashville fixture this week.

Among the many advantages that Nashville currently has, including the fact that right now their odds look pretty good, it's that they don't have any injured or suspended players on their roster. Cincinnati can't say the same because three of theirs are out with various injuries. Overall, betting on Nashville is safe considering the forms of both teams, but the odds might not be the same soon. 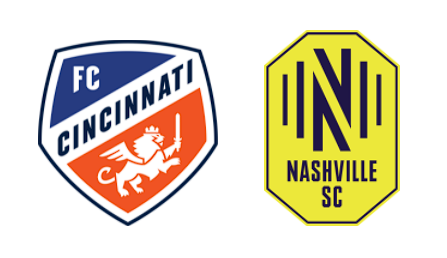