In this article, we will check out the MLS fixture between Cincinnati and Columbus Crew, which will be on the 10th of July (Saturday). If you want to find more MLS betting picks, visit our site and you may find a lot more than only MLS-related picks and lines.

We read all the relevant data for the Saturday fixture and thought of these top betting picks to suggest to you. We got all the lines below directly from BetMGM.

Remember that you will have to check out the lines before you place any wagers because they could have changed by the time you read this.

Don't sleep on what the numbers can tell us

HEre are some of the latest results between the two teams.

On Saturday, Columbus Crew will have to face Cincinnati without a forward, defender, and midfielder. Aidan Morris has been out for the whole season, while Bradley Wright-Phillips and Josh Williams have been only missing for several fixtures.

On Cincinnati's side, three players won't be able to make it on Saturday, as well, because of various injuries. Two of the players are defenders – Maikel van der Werff (hernia) and Zico Bailey (hip injury). Even if Cincinnati faced Columbus Crew with a full squad, we don't think they will beat them, like the last time they faced each other in the 2020 season because Columbus Crew is in better form. 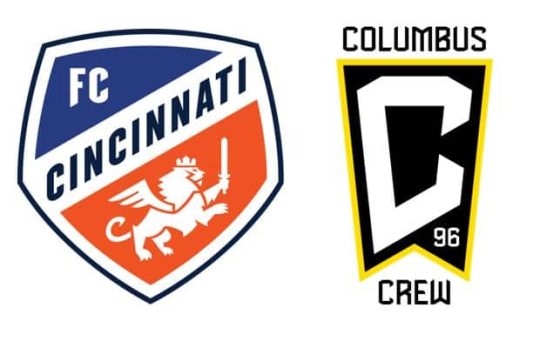 Common Questions About the Fixture on Saturday