Chicago Fire will be facing Philadelphia Union on the 27th of June and today, we will go over the top free betting picks and lines for the event.

We will list the top three betting picks for the Chicago Fire vs Philadelphia Union match and explain each one below. If you want to see more MLS betting picks, you can head to our website.

All of the betting lines we used for the picks above come from BetMGM. You should know that all odds are subject to change, which means that they might not be the same as you see them now, depending on if they have been updated yet.

Only three of the last ten MLS games for Philadelphia Union ended with both teams scoring and two of Chicago Fire's last ten games ended that way. When playing against each other in the last five games only once both teams scored.

Philadelphia Union has had only two losses this MLS season out of ten games, while Chicago Fire only one win out of nine fixtures. Three of the last four fixtures between the clubs ended with a win for Philadelphia Union this and last year.

Our Prediction and Team News About the Match

Chicago Fire doesn't have any new injured players. On record, they have two knee injuries belonging to goalkeeper Kenneth Kronholm and forward Stanislav Ivanov. They have been missing for a while, so the team is most likely used to playing without them.

Philadelphia Union will be missing midfielders Jack de Vries and Anthony Fontana due to concussions. Goalkeeper Greg Ranjitsingh is out with a knee injury, and midfielder Ilson Pereira Dias Junior has a groin injury he sustained a while ago.

Chicago Fire is at the bottom of the Eastern Conference table, so it will be surprising to see them score against Philadelphia Union who is currently third with eighteen points. Still weirder things have happened in football, so expect everything on Sunday. 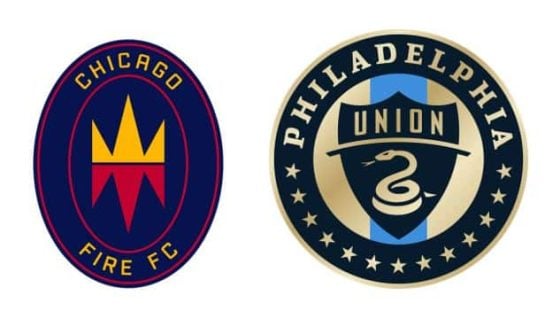 Common Questions Regarding the Fixture