Today, we will check out the MLS fixture between Chicago Fire and Orlando City, which will be played on the 6th of March. Here, you can find out the top free betting picks and odds for the match among other useful details.

Our bookmakers reviewed the upcoming match and came up with the following match predictions and picks for the game this weekend. These odds are from BetMGM and are subject to change. Before placing bets make sure to double-check your bet slip.

It's highly doubtful that both teams will score during the match this weekend because many fixtures involving both teams ended with clean sheets. Among those many games are three of the last five matches for Orlando City and eight of the last ten games for Chicago Fire. Their latest head-to-head fixture also ended that way.

Eight of the last ten games that Chicago Fire played all ended with fewer than 2.5 total goals scored. Also, four of the last five matches for Orlando City and the last head-to-head they played against Chicago Fire ended that way.

Info About the Lineups for Chicago Fire vs Orlando City

Let's see how the managers will tweak the lineups and how that will affect both teams’ performance this weekend.

Chicago Fire doesn't have any suspended players, but Kenneth Kronholm might miss yet another season because of his knee injury. Their manager will have an almost full roster of players to choose from for this weekend.

We don't know of any injured or suspended players on Orlando City's roster, as of right now.

In these tables, you can check out the latest match statistics and odds for the upcoming match between Chicago Fire and Orlando City this weekend.

Final Preview for the Chicago Fire vs Orlando City Game

Sunday's match will most likely end without that many goals scored and if there are any, there will probably be scored by only one of the teams. Both Chicago Fire and Orlando City won two matches in the last five matches they played together and the fifth was a draw. 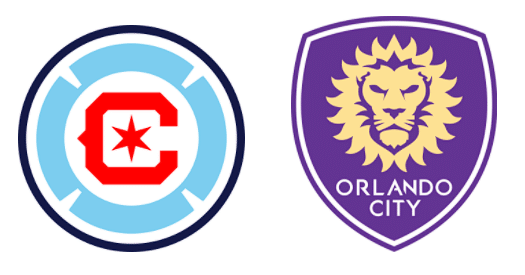