In this article, you will find the best predictions and free betting picks for the upcoming MLS match between Chicago Fire and Nashville.

Below, you can see our top predictions and free picks for the upcoming match between Chicago Fire and Nashville.

All odds used here are from BetMGM and are subject to change. Make sure you double-check them before wagering.

In the tables below, you can check out the latest scores and head-to-head data for both Chicago Fire and Nashville.

Our Final Preview for Sunday's Chicago Fire vs Nashville

Besides the obvious advantage that Nashville has over the Chicago Fire in the form of points, on Sunday, they will also have another benefit that Chicago Fire won't – no injured or suspended players. Chicago Fire will be missing a total of three players on Sunday because of various injuries.

Kenneth Kronholm has been off the pitch the longest because of the knee injury he sustained. The other two injured players have been gone for only four matches. Midfielder Brian Gutierrez is out with an ankle injury and defender Francisco Clavo is out with a thigh injury. We don't have an expected return date for any of the injured players, but we will keep you informed if we learn something. 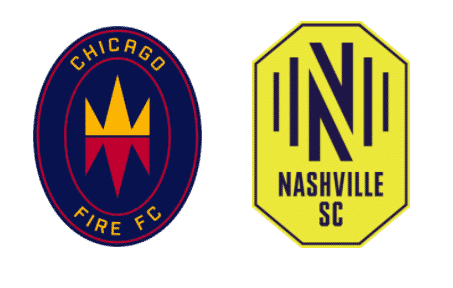