The list below contains the top free picks for the Tigres UANT vs DC United. These odds are from the betting platform of BetMGM and if they have changes you will stand to win a different amount, so take the time to double-check the values.

We think that there will be more than 2.5 total goals scored during Sunday's game. The same outcome happened in four of the last five matches that Chicago Fire and DC United played. Also, three of the last five head-to-head games between the two clubs ended the same way.

Latest Lineups and Injuries for Chicago Fire vs DC United

In this section, you can check out the latest player injuries and news for Sunday's game.

Right now, Chicago Fire has three players that are injured and won't play this weekend – Chris Brady, Spencer Richey, Mauricio Pineda. Brady and Pineda got injured at the end of last month, while Richey was a month before them.

In the tables below, you can check out the latest betting lines and statistics for the upcoming match between Tigres and Santos Lagina.

Right now, both DC United and Chicago Fire are in a very bad form and at the bottom of the Eastern Conference this season. We think that Sunday's game has a chance to end with a BTTS outcome and more than 2.5 total goals scored based on the previous stats. 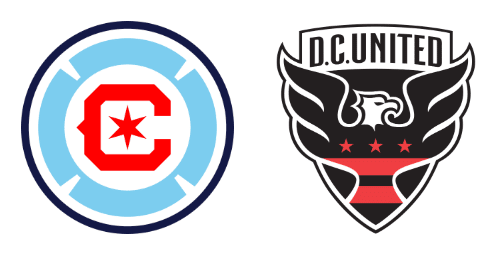 Chicago Fire vs DC United: Frequent Questions About the Match