Top Predictions and Odds for Canada vs United States

Here, we will check out the top predictions and picks for the game and you can read why we suggested these specific tips. All odds are from BetMGM and are subject to change. Make sure to double-check your bet slip before confirming.

Both teams are heading their group and will most likely both qualify for the World Cup. As to who will win though, we think that the USMNT has a better chance of winning because they won three of the last five matches they played against Canada, including one of the two last year. The second one was a draw, and not a win for Canada, by the way. Both teams scored five wins out of the nine World Cup qualifiers they played already.

We have seen most of the matches in this group end with low-scoring outcomes including seven of the nine United States played and six of the nine Canada played already. Also, four of the last five times they faced each other the matches ended with under 2.5 total goals. Likely, Sunday's match will also end similarly.

Information and Lineups Regarding Canada vs United States

Let's see if any injuries or suspensions will hold either of the teams back this weekend.

We don't know of any injured or suspended players that would miss the match this weekend.

There are no injuries or suspensions for USA players at this time, so they will be facing their opponents at full strength.

Match Statistics and Histories for Sunday's Canada vs United States

In the tables below, you can check out top Canada vs United States statistics and recent odds for their Sunday match.

Our Final Preview of Canada vs United States Match

Although a draw is possible, we think that Sunday's match is more likely to end with a win for United States. They beat Canada in multiple matches throughout history and recently, too. Also, there is a high chance the match will end with fewer than 2.5 total goals scored, like many of the recent fixtures both teams played together and apart. 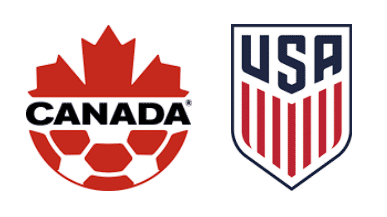