The next CONCACAF World Cup qualifier we will check out is Canada vs Mexico, which is scheduled to be played on the 17th of November. Continue reading to find the top betting tips and odds.

The list below contains our betting experts’ top free betting picks for Canada vs Mexico World Cup qualifier on Wednesday.

These odds are all from BetMGM and are correct at the time of writing. Before wagering, make sure to double-check them.

Two of the last three times that Canada hosted a match against Mexico, we haven't seen the BTTS outcome. Also, three of the last five times that both Mexico and Canada played a qualifier for the World Cup, the match ended with a clean sheet. it's safe to say that there are more clean sheets than BTTS games in the recent history of the two teams, and the match on Wednesday will most likely end that way, as well.

Mexico is the favorite in this match mainly because they won four of the last five head-to-head matches against Canada, including one of the two played in 2021. Although Canada is in slightly better form, they haven't won a match against Mexico ever, so we don't think they will start now.

Below, you can check out the statistics and recent odds we gathered for Canada vs Mexico fixture this week.

Match Preview & Our Opinion for the Outcome

Canada and Mexico are only one point apart in the CONCACAF World Cup qualifier, but both teams are currently in the promotion section. The winner of this outcome will have a little more breathing room, while the loser of the match will have to compete with the current team in 4th place – Panama. We think that Mexico will prevail once again like they have many times in the past against Canada. 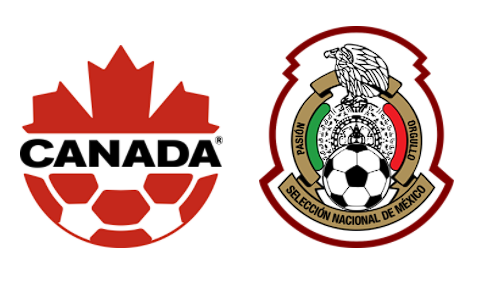