Let’s go over the data for the upcoming Austin vs Sporting KC fixture this week. If you are interested in more MLS predictions, you can check out our website.

These are the most popular predictions and betting picks for the upcoming Austin vs Sporting KC MLS fixture this week.

The odds in this article are all from BetMGM, our recommended bookmaker for this match, and they are subject to change.

Sporting KC is currently leading the Western Conference table, but they aren't the only team with fifty-eight points, so far. They need this win to boost their chances of claiming first place at the end of the season and Austin is an opponent they beat once before this year. Austin is currently last in the Western Conference table and we don't think they have a chance against one of the first-place contenders.

Since most of the recent games for Austing and Sporting KC in the MLS ended with high-scoring outcomes, we think there is a high chance the Thursday match will also end similarly. In four of the last five matches for the two teams, the number of goals was over 2.5. Also, for Sporting KC most of the matches this season ended with over 2.5 goals, including the last time they won a match against Austin in May this year.

Latest Statistics and Match Histories for Austin vs Sporting KC

In these tables, you can check out the most recent match histories and statistics for the Austin vs Sporting KC match this week.

Thursday's match between Austin and Sporting KC promises to be interesting. We will see the first-place team go up against the last-place team in the Western Conference table. Our eggs are firmly placed in Sporting KC's basket not only because they are table leaders, but also because they have won a match against Austin in the past. Austin has a total of six injured players, which further decreases their chances of winning. Sporting KC only has two injured players on the roster – Pulido, and Lindsey. 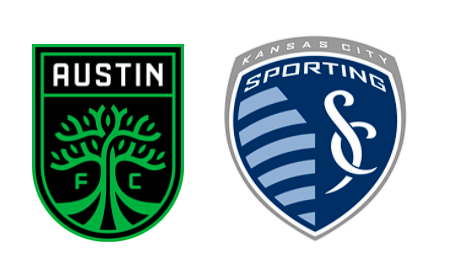 Top Q&As for the Austin vs Sporting KC Fixture