Minnesota United will be going up against Austin on Sunday, and below, you can find the top betting picks and odds for their match. If you want to see more MLS predictions, check out our website's latest articles.

Let's go over these three betting picks for the upcoming Minnesota United vs Austin fixture. All odds from BetMGM are correct at the time of writing, but also subject to change. Make sure you check your bet slip before confirming.

Considering that both teams are in good recent form, we think that both of them will score during Sunday's game. We saw the same outcome in four of the last five matches that Minnesota United and Austin played separately, as well.

Both teams are in good form, so we don't expect one to dominate over the other this weekend. The last five games for Minnesota United and three of the last four games for Austin ended with more than 2.5 total goals scored. We believe that the next game between them also has a high chance of following the same path.

Minnesota United vs Austin: Injuries and Suspensions for Sunday

In this section, you can check out the most recent player news and injuries for Sunday's game.

There are a total of five injured players on Minnesota United's squad right now, but none of their own are out with suspensions. Jacori Hayes, Romain Metanire, Hassani Dotson, Wil Trapp, and Patrick Weah are on the injury list.

Hector Jimenez is the only injured player from Minnesota United. Actually, besides him, no other players are injured or suspended right now.

Just because there has never been a BTTS outcome or more than 2.5 total goals in all of the games Minnesota United and Austin played together in the past doesn't mean there isn't a first time for everything. In our opinion, the two best predictions for Sunday are those two because there have been plenty of games that ended like that in each team's history. 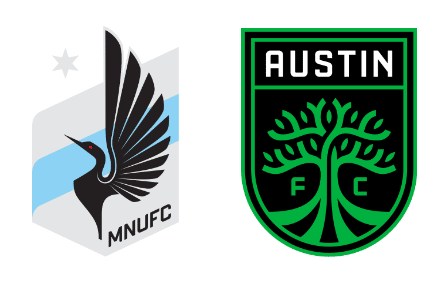