Let's check out the Austin vs Colorado Rapids match on Sunday and see if you like our suggestions for the top betting picks and odds.

If you want to see more MLS predictions, head over to our site for the most recent ones. These are the top three betting picks we came up with for the Austin vs Colorado Rapids match.

All odds are from BetMGM and are subject to change, which means that you will have to double-check them before placing any wagers.

Only two of the last five games for Colorado Rapids ended with both teams scoring goals. For Austin FC, seven out of the last ten games ended with clean sheets, so most likely there won't be a BTTS situation on Sunday.

These are all the Austin vs Colorado Rapids tables and statistics you will need to review for the upcoming match between the clubs on Sunday.

Latest Injuries for Austin vs Colorado Rapids on Sunday

Colorado Rapids are not only in better form than Austin FC, but they have fewer injured players. Only
Younes Namli is still out with a broken ankle, but Lewis and Vines were selected to play for the national team, so they won't make it against Austin, as well.

Austin FC has five players injured in total – three forwards and two defenders. All of them have been missing for a minimum of nine fixtures, but the only defender Nick Lima has been out for only five games now because of his injury.

We don't think there will be many goals scored between Austin and Colorado like there was the last time they played against each other for the first time. 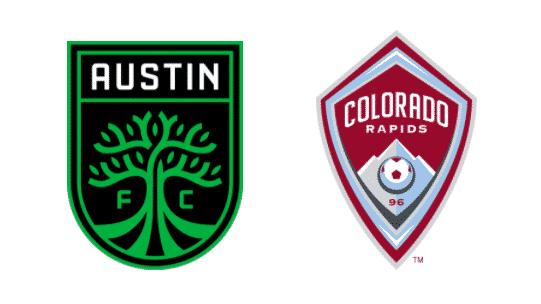