Today's only MLS match we will review is Cincinnati vs Atlanta United, which will be played on the 14th of August. If you are looking for more MLS predictions, then check out our latest articles.

Below, you can check out our top recommended betting picks for the Cincinnati vs Atlanta United match this weekend. All odds here are from BetMGM and are subject to change. This means that you should double-check your bet slip before placing these wagers.

Two of the last three head-to-head games between Cincinnati and Atlanta United ended with more than 2.5 total goals scored. Also, three of the last five matches for Cincinnati and Atlanta United's latest game ended similarly. It wouldn't surprise us at all if Sunday's game between them ends with more than 2.5 total goals scored.

In this section, you can see more about the teams’ injury lists and suspensions before the game.

Ronald Matarrita and Sergio Santo are still out with their two injuries, but Santos might come back if he gets better in time. There aren't any suspended players on the team right now.

Atlanta United currently has a total of six players out with various injuries. Out of them, only Brooks Lennon has a chance to appear if he gets better in time. There are no suspensions on the squad.

Let's go over the head-to-head statistics for both teams before their upcoming match on Sunday.

Atlanta United has the upper hand here because they are in slightly better form and have a head-to-head advantage. We believe that they will most likely win the game and we will see more than 2.5 goals scored on Sunday. 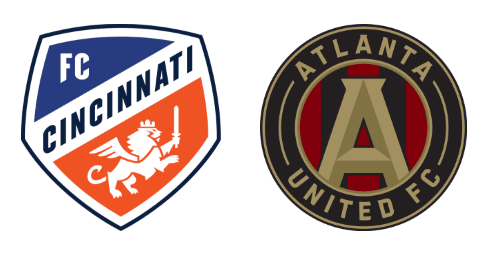