United City will be looking for a victory when they play their last fixture of the AFC Champions League against Melbourne City on Saturday, 30 April. Heart aims to stay in the race with the crucial three points.

United City have had a terrible streak of defeats in the previous games by losing all of the five matches of the group stage. On the other hand, Melbourne City managed to stay undefeated in their all previous five attempts and won two of them. The Heart will also be confident over the 3-0 victory of the previous H2H against the Golden Boys. So Melbourne City are likely to have an easy challenge in the upcoming game and are our favourite to get the lead.

Melbourne City failed for the first time to score in the last five outings of the AFC Champions League. However, the front line of United City was appalling in this competition who scored in only one of the five attempts so far. In the back ends, the Golden Boys have leaked at least two in all of the recent four games while Melbourne City secured two clean sheets in that duration. So we see only the Australian club to be able to score in this duel.

United City vs Melbourne City: Check out the best odds and the latest stats

United City vs Melbourne City: Check out the team lineups

Extending their losing sequence, the Golden Boys lost 2-0 in the last meeting against Jeonnam. Following the awful run of defeats in the campaign, United City are at the bottom of the table with no chance of advancement. Ryan Jarvis is going to miss out on the coming game due to torn knee ligament.

City dropped two points again in the last game by playing a draw against Pathum United. But staying undefeated in the competition so far has made the team to stand second in the points table with nine points. The club manager Patrick Kisnorbo will have two fitness concerns in the teams ahead of this game. 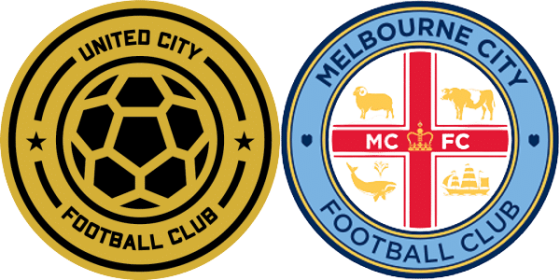 Where is the game being televised? Sport 2 (Ukr).

Where is the game being played? Chang Arena (Buriram).