As horse races go, there aren't many that come bigger than the Melbourne Cup and the 2021 event is getting close. It takes place on November 2nd. This year it's undergone a revamp with concerns over the death and injury rate but, despite improved conditions and care for horses, we're sure the drama and entertainment will not be compromised in any way shape or form. Anyway, enough about that, let's talk betting. We've got a range of Melbourne Cup betting tips that are sure to pique your interest.

We'd recommend you check out the Ladbrokes horse racing odds as a first port of call.

Within the information below, you will see which horses we feel have a fantastic shot at crossing the line in the first position on Tuesday. Of course, these Melbourne Cup tips are not guaranteed by any means, but they have been chosen following plenty of research and analysis. Check them out below.

If you feel like backing any of the predictions we have made, we recommend placing your wagers at bet365 ahead of the race.

Get on Spanish Mission

We kick off our Melbourne Cup betting tips with Andrew Balding's baby Spanish Mission. With most bookies, Spanish Mission is second in the betting odds at this moment in time. Given the price you can back him at, we'd suggest there is some serious value to be had. Talk of muscle spasms have raised a few eyebrows but Balding has poured cold water on any concerns. It could all work out quite nicely too because it now means he'll sit out of the Caulfield Cup; that should mean he enters the Melbourne Cup fresh as a daisy.

The latest headlines about Delphi are all about the weight penalty he's incurred but that won't mean much when the Melbourne Cup gets underway. A starting spot is now guaranteed and despite being priced at 14/1 he'll have a strong chance to push towards the front of the pack. Damien Oliver will be on his back and he's giddy at the prospect of showing of Delphi's ‘pace' citing his horse has ‘a great chance'.

Had the Melbourne Cup taken place a month ago the odds available for Explosive Jack would have been much shorter. He's suffered a couple of mid-field finishes in his last two races, which throws some doubt on his ability to compete in such a tough race. That said, there is a reason he would have been viewed much more promisingly a month ago; he'd placed in all five of his prior races winning two. It's completely feasible the last couple of runs have been keeping him ticking over ahead of the big one. 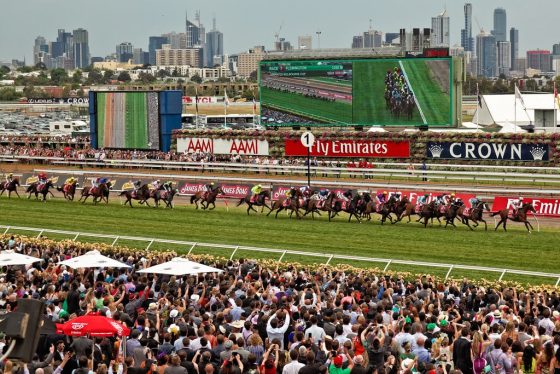 The red hot favorites for the Melbourne Cup

While we have talked a lot about the horses we feel offer the best value bets ahead of Tuesday's race, we must also inform you of the favorites. After all, bookmakers list horses as ‘favorites’ for a reason, so we’d like to make you aware of which horses are estimated to have a fighting chance at crossing the line in pole position.

We haven’t mentioned Incentivise in our value bets section above, as we don’t feel that the subsequent odds for this horse warrant taking on the bet. With that said, Sir Dragonet is still listed as one of the favourites for the Melbourne Cup, with many online bookmakers pitching this horse at around the 5-2 mark. This means that the horse is first in line to win the Melbourne Cup this year. To be fair to this horse, it does seem to perform quite well in the races that carry a slightly longer distance.

We’ve already talked about Spanish Mission as being a value bet earlier in the post, but we’d just like to reiterate that this horse is also one of the favorites for the event. With odds of 8-2.75 at the time of writing, these are the second-lowest odds for any other horse in the field. Once the gates are announced for the Melbourne Cup, these odds might change, but only slightly.

Delphi is a horse that many online bookmakers have listed as the third favorite for the event, behind only Incentivise and Spanish Mission. With this horse floating around the 11-3.50 mark, you could still get a decent return on your wager if it did cross the line in the first place. The horse is still being trained by Anthony & Sam Freedman, which means that the partnership is relatively unchanged since last year's race. We believe that this is also a factor for why Delphi is listed as a red hot favorite.

Horses with an outside shot at victory

We've already served up three Melbourne Cup betting tips but we're not done yet. That said, even we have to admit these are somewhat more ambitious punts so just remember that when it comes to placing your stakes and only bet what you can afford to lose.

There are plenty of reasons why Miami Bound is well down the pecking order. There are a couple of reasons why she could be a dark horse – excuse the pun – to push hard in the Melbourne Cup. For starters, she's NZ based, which is a much less taxing journey compared to the European horses. On top of that, her trainer, Danny O'Brien knows what it takes to groom a Melbourne Cup winner.

We're now at the end of our Melbourne Cup betting tips but if Pesto comes in, we'll be laughing all the way to the bank. It's form has been ropey of late but it was only a few months ago where he pushing hard to place on a consistent basis. A win is unlikely but to place? Stranger things have happened. 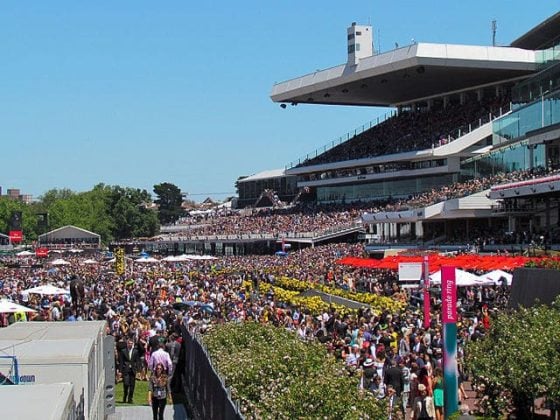 Alternative bets for the Melbourne Cup

Rather than going for the outright winner of the race, you can always place a series of alternative bets too. We’ve described these alternative bets within this section, and you can generally find these markets at most online bookmaker sites.

This is a hugely popular horse racing bet in general, and basically, it involves placing two different bets. You will win your bet if the horse wins, of course, but you will also win the bet if the horse finishes inside the place positions highlighted by the bookmaker.

Remember, the Melbourne Cup is just one of many races that are taking place during this festival. With that said, you can combine several bets into the same bet slip by making an accumulator bet. To win this bet, all of your predictions must come true.

FAQs for the Melbourne Cup

What time is the race scheduled to take place?

The Melbourne Cup is scheduled to start at 15:00 local time on the 2nd of November, 2021. It is one of several races that are taking place that day at the Flemington Racetrack.

No, the odds that we have mentioned throughout this post are not 100% fixed. In fact, the odds are likely to fluctuate between now and the time of the race. This happens due to the general betting activity on the race and any changes in the estimates of the horse’s performance on the day. For that reason, we’d recommend checking out the latest odds when you can.

Where can I make the bets discussed in this article?

In order to make any of the bets that we have talked about in this post, you will need to sign up with an online bookmaker. We believe that Neds is one of the top bookmaker sites in Australia right now, but you could also check out bet365, Unibet, and Pointsbet if you like.

What are the legal requirements to meet in order to bet on the race?

If you want to actually go ahead and make a bet on this race, you need to be over the age of 18 and be a resident of Australia. These details will be checked by whichever betting site you sign up with.