Western United face off Wellington United in the first play-off fixture. Both sides have a tough draw with reigning champions Melbourne City awaiting them in the next round.

Phoenix to rise at United's expense

Western United's preparation for the playoffs could not have gone worse as they failed to win their last three league outings. It saw them slip to third place and lose out on the automatic qualification to the semi-finals. In Wellington Phoenix, they have tough adversaries. The Nix have won the last four duels, including an FFA Cup knockout. The Kiwis have the upper hand in the recent form and H2H encounters and are our favourites to book a place in the next round.

Goalscorers to have a field day

Neither Western United nor Wellington Phoenix will be confident in their backlines. Both sides have seen goals scored at their expense in the final stretch of the campaign and it will be highlighted again in the playoff quarter-final meeting. Their two meetings in the 2022 calendar year also went more than 2.5 goals and we believe the trend will continue. However, caution is advised as their knockout meeting in the FFA Cup saw only one goal as both sides preferred to tame their exuberance.

Western United vs Wellington Phoenix: Check out the best odds and the latest stats

Western United vs Wellington Phoenix: Check out the team lineups

The 2021/22 season saw Western United dust ghosts of the past and rise to the top of the rankings. They could not sustain it through the course of the season and finished four points shy of Melbourne City in pole position. Their final performances left a lot to be desired as they lost out on a semi-final berth and will have to take the longer route. The fact that they only added one point from the last nine available will haunt them.

Ufuk Talay will be pleased with his charges for sliding past their rivals to claim the final playoff places. They lost out last season but did just enough with two wins from their last five outings. They have been haemorrhaging goals in this period with 10 conceded while only sending five in the opposite direction. However, the Nix faithful will be confident about their chances as they have won the last four duels with Western United in all competitions. 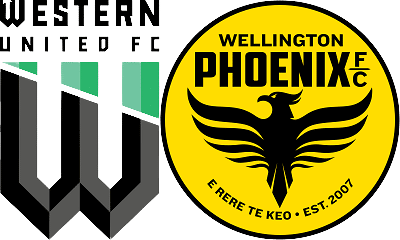 Where is the game being televised? Arena Sport (Svn), DAZN Italia.