Following the victory over Wellington Phoenix, Western United face Melbourne Victory in the semi-finals at AAMI Park, Melbourne. The Big V are on the streak of 12 unbeaten games before this game.

Western United have made it to the semi-finals, but they have been on a winless run and won only two of the last five games. On the other hand, Melbourne Victory has been consistent and registered the victory in four of the previous five attempts. The Boys in Blue also got the victory in three of the last four H2Hs against the upcoming rivals. So we don’t see Western United extending their form in this game and Victory are likely to fancy their chances.

Western United should be able to breach the defence of Victory as the Big V are conceding goals consecutively from the last five games. However, Melbourne Victory has the same sequence of scoring as well. The front line of Western United is also scoring in the last four games consecutively. Adding more, four of the last five H2H meetings featured both teams on the scoring side. Based on the latest stats, we expect the same trend of BTTS to be followed in this duel.

Western United vs Melbourne Victory: Check out the best odds and the latest stats

Western United vs Melbourne Victory: Check out the team lineups

Ending their three-matches winless streak, Western United defeated Wellington Phoenix, thanks to Aleksander Prijovic’s only winning goal in the first half. The team needs discipline in their attack that didn’t score more than one goal in any of the last four games. Alessandro Diamanti can’t be considered for this game due to a knee injury.

The Big V hammered Sydney FC in the last game with a 1-4 victory to end the regular season in the second position. Melbourne Victory has the least number of defeats in this season, losing only four in 26 attempts. Robbie Kurse is the only player to miss out on the game due to fitness concerns. 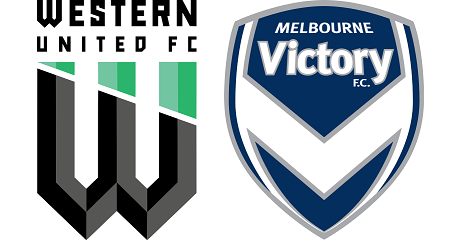