A-League fans will be treated to a top-four clash as Western United go against Melbourne City on January 29. The lesser-known Melbourne derby has plenty to offer as a win allows league leadership.

After a troubled start to the 2021/22 campaign, Melbourne City find themselves in title contention. City has earned two draws in succession but will fancy their chances against Western United, who make the pitch after losing their last two outings. We are backing City to take the three points on offer as they are unbeaten on the road this season with three wins and two draws in five competitive fixtures. Moreover, this fixture has usually finished in their favour as two of their last three duels saw the visiting City claim the three points on offer.

Goals have not been the norm in Wester United's home affairs this season as five of six competitive fixtures finished with an Under 2.5 goals scoreline. The opposite holds true for Melbourne City on the road who have four of their five away fixtures in all competitions witness at least three goals during the 90 minutes of action. With the last three iterations of this fixture finished with Over 2.5 goals, we are backing a high scoring affair in this Melbourne derby.

Western United vs Melbourne City: Check out the best odds and the latest stats

Western United vs Melbourne City: Check out the team lineups

John Aloisi has made do with his limited resources and the results have arrived. The United faithful will be pleased with their fourth-place standing but will be concerned with their recent dip in form. They have lost their last two fixtures which have seen them fail to take pole position in A-League.

The start of the 2021/22 campaign was one to forget for Melbourne City. The champions struggled with the four-month layoff but have found their groove. They are unbeaten in five A-League fixtures scoring goals for fun. They have scored more than twice the number of goals as their rivals and will be confident of dispatching them at the shared AAMI Park. 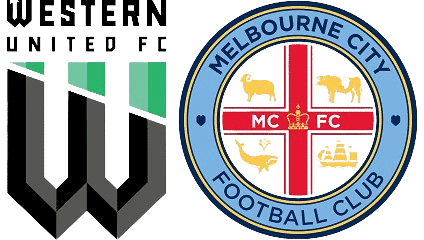 Where is the game being televised? BeIN Sport Connect, BT Sport, and DAZN Italia.