Round 21 of A-League brings Western United and Central Coast Mariners to Mars Stadium. Both sides are in top form, making it a must-watch top-flight fixture.

The last time these sides met, Western United drew the short straw. They were comprehensively beaten at the Central Coast Stadium thanks to goals from Jack Clisby and Marcos Urena. As much as the Mariners would like, United will not like a repeat. Before their 2-2 draw with City at home, they had registered six successive wins at home. With Mariners losing five of their last six away trips, we are backing the home side to claim the three points on offer.

Both Western United and Central Coast Mariners have been firing at all cylinders recently. United have made their rivals pick the ball from their nets nine times in their last five outings. While the Mariners have not had luck on the road, they have consistently gotten on the scoreboard. As it stands, they are the form team in A-League with ten goals scored and only four conceded in their last five outings. This period has seen three matches conclude with Over 2.5 total goals. United's tally is one better, making us confident in seeing at least three goals on the night.

Western United vs Central Coast Mariners: Check out the best odds and the latest stats

Despite trailing Melbourne City by three points, John Aloisi will be unfazed. Western United have two matches in hand over the reigning champions and are masters of their own destiny. They will feel confident going against the Mariners, after overcoming Brisbane Roar on the road in a five-goal thriller.

After going winless in eight league outings, Central Coast Mariners have finally corrected their course. They are currently unbeaten in five fixtures, winning on their last two competitive encounters. The Mariners claimed bragging rights in the reverse fixture and have the form on their side to complete the double. 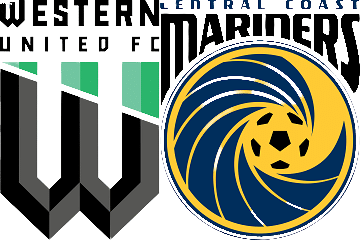 Who won the last h2h? 2-0 in favour of Central Coast Mariners.