Western United would be eager to continue their form at the start of the season in their next game against Brisbane Roar. The visitors are still without a win in the A-League.

Western United had a terrible streak of defeats at the end of the last season but they seem prepared currently and have won two of the opening three games of the current season. On the other side, Brisbane Roar didn’t get a good start to the season and lost two of three league outings.  The Roar have two victories in the last five outings both in the FFA Cup. Looking at their H2Hs results, there had been always tough competitions while Brisbane Roar registered their lead in the last H2H. Given all this, we pick the final result ending in a draw.

Based on the recent games of the teams and H2Hs, we can guess a low-scoring output at the end of this game. Only one out of the last five H2Hs went over 2.5 goals. Western United have scored only four goals in the last five outings. On the other end, the Roar’s front line was great in the FFA Cup but now they have only one goal in the last three games.

Most of the recent H2Hs between these teams ended without a BTTS outcome but we will follow their last meeting pattern of both teams scoring at the same time. Western United have scored in all of the last four duels against the Roar.  Both teams have scored in three of the last five outings

Western United vs Brisbane Roar: Check out the best odds and the latest stats

Western United finished their FFA Cup race in their last match where they lost to Wellington Phoenix by giving a 0-1 lead in the first half. The team lost the opening game of 2021/22 A-League but managed two consecutive wins and got the fourth position in the points table. The Western United manager John Aloisi owns a completely healthy squad for their next game.

The Roar have proved the modest team at the start of the current season, standing at the last. Brisbane Roar lost the two consecutive opening games while managing a draw in the previous match. They played their last match against Adelaide United and concluded the final score of 0-0. The club manager Warren Moon has a complete squad ready for the coming game without any fitness issue. 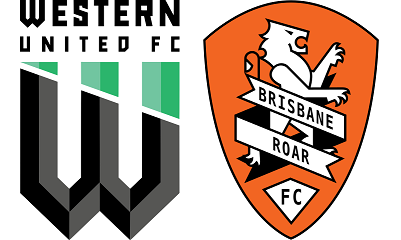