Western Sydney Wanderers look to extend their winless streak of home games when they host Wellington Phoenix in the next fixture. The Nix has got the back of an away defeat ahead of this game.

Western Sydney Wanderers are having a lack of consistency by getting only one victory in the last five attempts, together with three draws. However, the host will be optimistic in their home stadium where they have won three of three previous six duels, losing zero of them. On the other hand, The Nix got defeats in two of the recent three outings. Adding more, Wanderers also dominate in the hosting H2Hs with three victories out of the five meetings. So we expect WS Wanderers to repeat the previous home result to add three points from this game.

Wellington Phoenix should be able to break the Wanderers’ defence that leaked goals in all of the recent games. While the Nix are also scoring from the last three away outings. On the contrary, Wanderers have also found the back of the net in four of the previous five league attempts. The teams also witnessed BTTS outcomes in the last two H2Hs and we hope for the same at the end of this meeting.

Western Sydney Wanderers vs Wellington Phoenix: Check out the best odds and the latest stats

Wanderers were clipped to a 1-1 draw against the bottom side, Perth Glory in the last game away from home. The team have managed only six wins and eight draws in the 24 league outings so far to stand at the tenth position in the standings. Rhys Williams will be out of the game due to a hamstring injury.

Making the turns of wins and defeats, the Nix lost their last game against Melbourne Victory with a final score of 3-1. However, Wellington Phoenix has secured 11 wins out of 24 attempts and stays at sixth place on the table. Alex Rufer and Clayton Lewis will not be available for the coming game due to cruciate ligament rupture and torn ligament respectively. 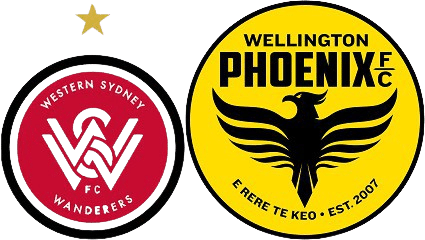