WS Wanderers and Sydney FC met at the tail end of November and both sides failed to trouble the scorers. With the race for playoff positions heating up, more of the same looks unlikely, especially given their recent form.

The Sky Blues were supposed to challenge for the title this season but have come up short time and time again. However, we expect them to claim bragging rights in the Sydney derby against a woeful Wanderers. The hosts have lost seven of their last ten competitive fixtures and look unlikely to change the local status quo. Expect Steve Corica to be smiling at the end of 90 minutes as his side triumph over their local rivals.

Most of the latest head-to-head games between these teams witnessed a low-scoring total but we are expecting the opposite and with good reason. Both backlines are out of shape and have been conceding with regularity. As they face off against each other, with playoff and local bragging rights on the line, expect a high scoring affair at the CommBank Stadium.

Western Sydney Wanderers vs Sydney: Check out the best odds and the latest stats

Mark Rudan replaced Carl Robinson and does not look like an improvement. The Wanderers completed their last season at the eighth position and have shown little sign of improvement. They have lost seven of their last ten competitive fixtures and are on a downward slope again.

It has been tough weeks for Sydney FC in the 2021/22 campaign. For a team that finished so strongly the last campaign, they could not be in worse shape. Melbourne City added to their woes last weekend and they will be hoping for better luck against the crosstown rivals. 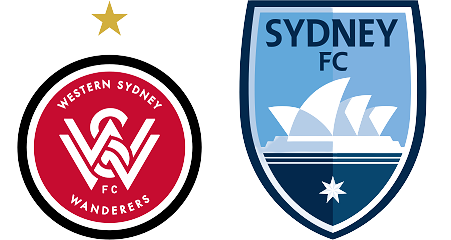