Western Sydney Wanderers hosts Melbourne Victory at the CommBank Stadium to make ground on their fixture schedule. Not a lot has changed since Round 10 when this match was scheduled in December 2021. Victory does not lead the points table but the Wanderers remain rooted to the bottom of the points table.

Either at home or away, Western Sydney Wanderers have been a mess in the 2021/22 campaign. While Melbourne Victory has struggled after their excellent start to the season, they have no issues travelling. Victory have only suffered one defeat on the road in their last nine away trips, triumphing on seven occasions. They should add to their tally in this meeting given Wanderers recent form. They have lost three of their last four home fixtures and will have trouble containing Victory's attackers.

Tony Popovic will have an idea of what is going through Mark Rudan's mind. His charges finished at the bottom of the points table last season but have not looked back since. The reason for the Melbourne club's rise has not been the improvement in their defence but scoring ability. They average 1.7 goals per match while conceding at a rate of 1.3 per match. Given their tendency to score and concede goals, we should have a high scoring affair on our hands at the CommBank Stadium.

Western Sydney Wanderers vs Melbourne Victory: Check out the best odds and the latest stats

As it stands, an eighth position finish like the last campaign will be readily accepted by the Western Sydne Wanderers. Mark Rudan's charges have struggled to deliver this season and have the joint second-worst defensive record in the A-League. Their strikers have not helped their cause either as their tally of 9 goals is also the second worst-offensive record in the Australian top-flight football.

The 2020/21 campaign was one to forget for Melbourne Victory. However, the Victory faithful will remember the 2021/22 campaign for good reasons and bad. Tony Popovic's men have performed well above the desired rates and are in contention for the league title. They were leading the points table prior to the continuous postponement of their domestic fixtures and the return to normalcy has not gone according to plan. They are winless in four outings and will be looking to address that area with a win over the struggling Wanderers. 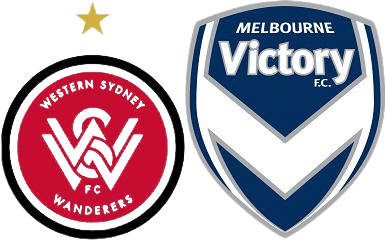 Who won the last h2h? 5-4 in favour of Melbourne Victory.

Who are the players to watch out for? Tomar Hemed (Western Sydney Wanderers) and Nicholas D'Agostino (Melbourne Victory).