Melbourne City travels to the Commbank Stadium for their Round 14 A-League engagement with Western Sydney Wanderers. Six goals were witnessed in the reverse leg in January and more of the same is expected in this meeting.

It is difficult to separate Western Sydney Wanderers from Melbourne City in this fixture. The struggling Wanderers earned a point in their last meeting with the reigning champions. Six goals were witnessed in that early January meeting and we expect both sides to give another footballing spectacle. Moreover, they have held their own in this fixture in the past, scoring seven goals against their rivals in five meetings. With three of these affairs finishing with Over 2.5 total goals, we are expecting another high scoring instance.

Duels between the Wanderers and City have usually skewed in favour of the latter. Patrick Kisnorbo's men have won for of their last seven meetings, earning draws in the other three. Their most recent five fixtures have seen the Wanderers make a push towards equality, getting on the scoreboard to give their rivals a scare. Four of their last five affairs have seen both sides score and this should be the case at the Commbank Stadium. With both Wanderers and City conceding an equal 13 times this season, both goalkeepers should be seen picking the ball out of their net.

Western Sydney Wanderers vs Melbourne City: Check out the best odds and the latest stats

Improvements were expected from Western Sydney Wanderers this season but nothing can be shown for their efforts. The continued stoppages due to Covid19 have not allowed them to settle and it is evident in their results. They have only added two victories in nine league outings, struggling to score goals while their rivals have a field day at their expense.

Melbourne City had the chance to go top of the A-League points rankings with a win over Western United. Their defeat in the top of the table six-point affair allowed their rivals to open up a three-point lead, which they have further extended to six points. The Heart failed in that away fixture and can ill afford to make the same mistake as they travel to the CommBank Stadium. 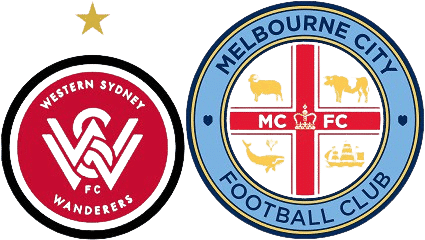 Where is the game being televised? Arena Sport (Ser), and DAZN Italia.