Wellington Phoenix takes on the challenge of Sydney in the early A-League fixture on Saturday, February 19. Both sides have accrued equal points thus far with the Sky Blues claiming the higher position thanks to their better goal difference.

Out of their last ten home fixtures, Wellington Phoenix has only lost once. It was to another Sydney based side, the Wanderers. The Sky Blues will want to replicate the success of their neighbours and continue their unbeaten streak against the Nix in their home ground to eleven matches. They have won on seven occasions, drawing the other three. It is akin to their current away form which stands at three wins, one draw and a loss in their last five away fixtures.

It seems as if neither Wellington Phoenix nor Sydney can not stay from high scoring affairs. On average, matches involving them have seen 2.8 and 2.7 goals scored. We expect the trend to continue as three of Phoenix's last five fixtures have seen Over 2.5 goals. The tally stands at four in five for the visiting Sky Blues, hence our optimism for the Over 2.5 goals prediciton.

Wellington Phoenix vs Sydney: Check out the best odds and the latest stats

Wellington Phoenix vs Sydney: Check out the team lineups

Brisbane Roar's poor form in A-League football continues as they paid Wellington Phoenix a visit. The Roars could not roar as they suffered a 3-0 defeat at the hands of the Nix. Ufuk Talay will be pleased with his charges performance and will be confident they will rise to the occasion against title contenders Sydney FC.

While Talay will be hopeful about Phoenix's chances, Steve Corica will be in a similar state of mind. His charges have not lost at the Sky Stadium in their last ten trips and will be looking to add to their tally. They remain a daunting challenge despite a dip in form. They have recovered from their blip in form and can find themselves at the top of the points table, adding pressure on Western United who play on Sunday.

Questions About Wellington Phoenix vs Sydney 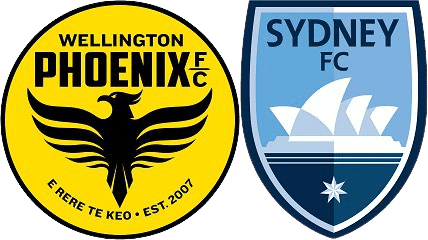