Wellington Phoenix hosts Melbourne City at the Sky Stadium to make up their postponed Round 17 fixture. The Nix are looking to establish themselves in the playoff slots while the reigning champions have pole position in their grasp.

City to give Nix reality check

Wellington Phoenix have claimed three wins in five outings to earn fourth place in the rankings. The will fancy their chances but come across as Melbourne City outfit who are leaving everyone in their wake. The Australian champions are unbeaten in nine competitive fixtures and are three points clear at the summit. They claimed bragging rights in their on their last trip to the Sky Stadium and we are backing them to deliver again with Western United breathing down their necks.

Goals to fly in Wellington

Recent weeks have brought both Melbourne City and Wellington Phoenix to the forefront. They stand as the top-scoring outfits in Australian top-flight football with 9 goals apiece in their last five outings. The last iteration of this fixture was full of goals as the Citizens edged out their rivals in a five-goal thriller. The hosts' last five fixtures have concluded with Over 2.5 total goals while it's three in five for the visitors. With Phoenix showcasing a penchant for conceding and both sides raring to score, we expect the trend to continue

Wellington Phoenix vs Melbourne City: Check out the best odds and the latest stats

Wellington Phoenix vs Melbourne City: Check out the team lineups

The Nix struggled in the initial stages of the 2021/22 A-League season but have found their footing of late. They are unbeaten in eight home fixtures and have seen their fortunes change. A win over the reigning champions will help them to solidify their top-four chances and chance at championship glory. It will not be easy as City have been a thorn in the side of any team they have come across recently.

Patrick Kisnorbo's men can ill afford to drop points with Western United trailing them by three points but with two matches in hand. They not be fazed by these conditions as they have been on a good run of late, going unbeaten in nine competitive fixtures. Their form on the road is equally impressive with five wins and a draw from their last six outings. 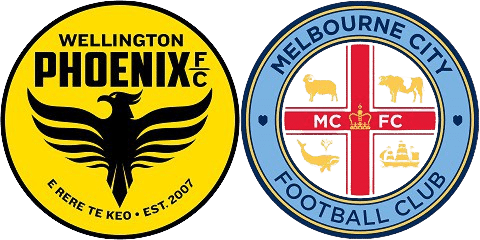