Bottom placed Wellington Phoenix host title contenders Macarthur at the Sky Stadium. The hosts' luck ran out in the FFA Cup and will want a better result in the upcoming A-League fixture.

Wellington Phoenix added their second victory of the campaign against Western United. However, with the same number of matches under their belt, Macarthur has accumulated twice as many points and are our favourites to win. They claimed the three points on offer on their last trip to Sky Stadium and should add to their tally.

Despite their struggles, the Nix have scored in all but one of their last six competitive fixtures. They should trouble the Bulls defence, which has been solid this season but is prone to concede while travelling. Macarthur will be aware of their issues but will be content knowing that their attackers have the numbers to bail them out.

Wellington Phoenix vs Macarthur: Check out the best odds and the latest stats

Wellington Phoenix vs Macarthur: Check out the team lineups

After earning a midtable finish last season, Wellington Phoenix was supposed to make push up the table. However, they have regressed this season and currently are bottom of the points table. They have only won once and can attribute their problems to their backline, which has given them the worst possible record with 15 strikes conceded in 7 outings.

Ante Milicic oversaw an emphatic first season in the Australian top-flight football. He is readying to question the established hierarchy as the Bulls knock at pole position. To achieve their objectives, the Melburnians need to address their scoring tally. Macarthur has only scored 9 goals in the league, a weakness that is holding them back.

Questions About Wellington Phoenix vs Macarthur 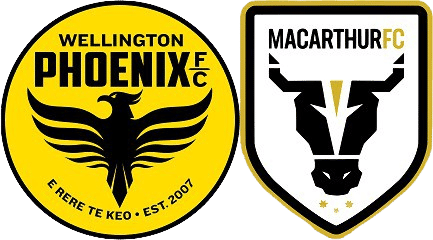