Wellington Phoenix head back to their home in the coming duel of A-League against Central Coast Mariners. The Mariners focus on finding their away winning result in this game, following consecutive draws.

Wellington Phoenix enters this field after two wins in a row and has lost only once in the previous ten home games. On the other end, the Coasties are yet to win from the last two attempts and have a long sequence of draws and defeats of away duels. Back in H2Hs, the visitors also lost three of the last five meetings against the Nix. So we would be backing the hosts to secure the points in their backyard.

Goalscorers to make their mark

Starting with H2Hs, three of the recent five meetings witnessed both sides on the scoreboard. Wellington Phoenix failed to score in their previous home attempts but have been scoring in all of the previous games at home, before the last one. Central Coast Mariners have also scored in four of the recent five attempts. For these reasons, we can expect the goals from both ends in this duel.

Wellington Phoenix vs Central Coast Mariners: Check out the best odds and the latest stats

The Nix got their third away victory in the previous four away challenges in the previous game against Perth Glory. Wellington Phoenix has managed ten victories and three draws to help them stand at the fifth position on the points table. The club manager Ufuk Talay will report three injury issues in the team coming into this game.

The Coasties made a comeback in the second half of the last game and ended in a 2-2 draw by scoring in additional time against WS Wanderers. However, the team could manage only seven victories in the 21 games of the season which just got them eight on the table. The club gaffer Nick Montgomery owns a sully healthy squad available for the coming game. 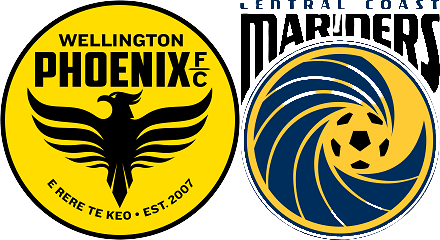 Who won the last h2h? 5-0 in favour of Central Coast Mariners.