Wellington Phoenix takes on the challenge of Brisbane Roar on February 16 at the WIN Stadium. Both sides have been in good nick of late and are fighting to get into the A-League playoff slots.

Brisbane Roar finally got back to winning ways after going winless in their first five matches of the campaign. They have since added victories to their win column in the other five matches they have been engaged with. However, all of these have come at home and they remain winless on the road. On the other hand, Wellington Phoenix has gone through a similar phase and have been impeccable at home. All four of their wins have come from their six league outings at the Win. Expect the Nix to claim the three points on offer and finally break into the playoff slots.

Wellington only knows one way to deal when playing at home and its goals. It is a similar case for Brisbane but their goal currency has been detrimental to their progress. Whereas the Nix have scored 9 goals in their five home games, Roar has struggled with just three to their name, whilst conceding nine in the process. Interestingly, both sides have similar statistics for high scoring affairs in their last five outings. The hosts have seen three of their last five fixtures conclude with over 2.5 total goals whilst Roar's tally is one better at four.

Wellington Phoenix vs Brisbane Roar: Check out the best odds and the latest stats

Wellington Phoenix vs Brisbane Roar: Check out the team lineups

After a tough start to the season, Ufuk Talay has gotten Wellington Phoenix back to winning ways. The Nix are on a four-match unbeaten run in A-League and are staring at playoff slots. While they have been dismissive on the road, it is their form at the Win Stadium that has raised hopes about this season. All four of their wins have been accumulated at home and they will be gunning to add to their tally as Brisbane Roar pay them a visit.

Goals from Nikola Mileusnic, Corey Brown and Henry Hore ensured that Brisbane Roar had no troubles overcoming Macarthur FC. While their home form has improved, their travels on the road have left a lot to be desired. Warren Moon will hope Roar show similar resolve in New Zealand as they search for the elusive away victory. As it stands, they are one of the two teams yet to claim a win on the road, the other team being their rivals for the night. 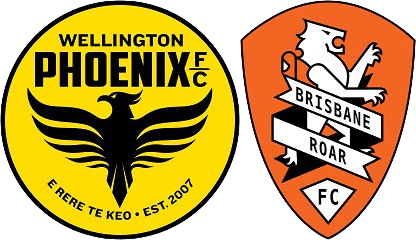 Where is the game being played? WIN Stadium (Wollongong).