Sydney FC will be looking to stay consistent in their next A-League game when they host Western United this weekend. The visitors also hold the streak of unbeaten games ahead of this duel.

Sydney FC had been through a number of winless games recently but enter this game after succeeding in consecutive two games of different competitions. But the next visitors doesn’t seem an easy task as Western United are undefeated from the last nine league outings. The guests also won four of the last five attempts. But the Sky Blues have been quite dominant in the recent hosting games against Western United and are unbeaten from the last two games at home, winning one of them. So we think that Sydney would be able to take the home advantage to confirm their lead.

Most of the teams’ recent H2Hs didn’t feature the totals of high scores but both sides are now looking consistent in their offensive touch. Western United have scored at least two goals per game in four of the last five attempts, collecting a total of ten goals. While Sydney FC has scored ten goals in the previous four home meetings. Hence, there seems a high possibility to see the change of trend and witness a high-scoring total.

Sydney vs Western United: Check out the best odds and the latest stats

Sydney vs Western United: Check out the team lineups

The Sky Blues finally managed to terminate their sequence of winless league games and got their first league victory of the six attempts against Perth Glory. Sydney FC has secured only five wins but six draws helped the team in total points to get in the middle of the table. The club boss Steve Corica will report two players on the injury list before this game.

Western United fell behind from the lead of 2-0 to 2-2 in the second half and couldn’t continue their four-matches winning streak in the last game against Melbourne City, ending in a draw. But the team has managed to get the most number of games and secured the second position in the standings. The manager John Aloisi has no fitness worries at all in his squad ahead of this game.

Questions About Sydney vs Western United 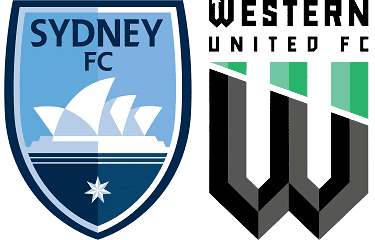