Struggling Perth Glory makes the trip to the Jubilee Oval for their Round 7 of A-League action. Sydney FC eagerly awaits their arrival as they look to make up for lost ground following an inauspicious start to the 2021/22 campaign.

Central Coast Mariners dumped Sydney out of the FFA Cup leaving them to focus their attention on the A-League. Prior to the defeat, the Sky Blues had been on a four-match unbeaten run, winning thrice and drawing once. They should get back to winning ways against Perth Glory who have lost four of their last five competitive fixtures. With eight of their last nine meetings at the Jubilee Oval finishing in favour of the Sky Blues, confidence is high in this pick coming true.

Three of the last five fixtures that Sydney have played at home did not see BTTS come to fruition. Add to the fact that Perth Glory has failed to score in three of their last five competitive engagements on the road. The likelihood of both teams troubling the scorers looks even more likely as Glory has failed to score in their last seven trips to the Jubilee Oval. Moreover, they have only scored four goals this season and this meeting does not promise to be a high scoring encounter. Expect goals at only one end of the pitch if any.

Sydney vs Perth Glory: Check out the best odds and the latest stats

Sydney vs Perth Glory: Check out the team lineups

Steve Corica led Sydney to a second-place finish last season and any finish below this will be considered a failure on his part. The Sky Blues are in the latter territory given their poor start to the season. They can make up for lost points as the season is still in its infancy and the leaders have not moved far from them. A win can propel them to as high as third place, a placement that will be amenable for the Sydney support.

Richard Garcia took over Perth Glory last year to get them back to the top of the table. While Melbourne City and Sydney FC rule the roost, the Glory have been forced to look from the sidelines. Their problems continue to hurt them as they struggle at the bottom of the points table. They have the joint second-worst offensive record in A-League and need to improve their numbers to move up the rankings.

Questions About Sydney vs Perth Glory 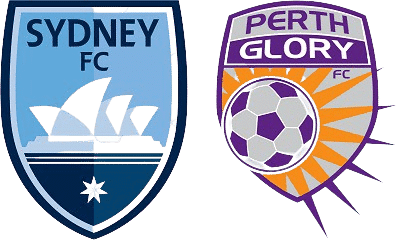