This weekend's A-League action brings together last season's second and third-placed sides together. Neither Sydney nor Central Coast Mariners have been in the form that allowed them top honours in the 2021/22 campaign.

Sydney has suffered this season, failing to live up to their billing. Nevertheless, their attackers have done justice with 11 goals scored. They are only just coming into their own as four of their last five fixtures have concluded with over 2.5 goals. As they look to force their issue against the Central Coast Mariners, we are expecting a high scoring affair. The visiting Mariners have been in good nick themselves and have scored 12 in their last five outings in all competitions.

Head coach Steve Corica will point Sydney's issues to a backline that continues to let down them as they have the second-worst defensive record in A-League. While they continue to concede, they have matched it with their scoring output. This should be the case on Sunday as both sides meet each other for their push to the top of the food chain. The Mariners have scored 12 goals in their last five outings and after conceding three in their last competitive outing, should make BTTS come to fruition.

Sydney vs Central Coast Mariners: Check out the best odds and the latest stats

Sydney vs Central Coast Mariners: Check out the team lineups

A second-place finish was supposed to propel Sydney FC into genuine title contention. Champions Melbourne City's initial hiccups was their opportunity to grasp. It has not worked as the Sky Blues faithful would have hoped. Their struggles at the back have curtailed their aspirations with Steve Corica needing to stem the flow of goals or else risk an underwhelming season.

Just like their rivals for the weekend, Central Coast Mariners had title designs after finishing third last season. However, they stand in much better stead with two games in hand to bring them to the top of the table reckoning. It is easier said than done as they have lost three of their last five A-League outings. 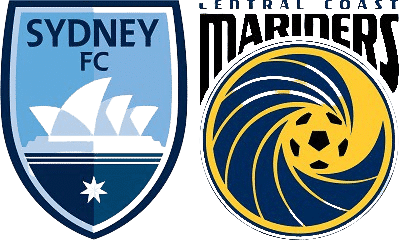