Round 10 of A-League action sees Brisbane Roar pay Sydney FC a visit at the Jubilee Oval. The Sky Blues are favourites for this meeting and it remains to be seen whether they can continue their form against the Roar.

Brisbane Roar started the campaign with successive victories in the FFA Cup but have struggled since. They are winless since the end of October last year and their chances in this meeting look dim. On the other hand, Sydney has won three matches in succession and knocked out Roar from the FFA Cup in midweek.

The start of the 2021/22 campaign saw Sydney FC's defence struggling. Steve Corica has addressed these issues and the Sky Blues have reaped its benefits. They have their last two outings without conceding a goal and should manage this against Brisbane Roar, who have not scored in four competitive outings. Their last two fixtures saw Sydney keep clean sheets against Roar, triumphing at their expense.

Sydney vs Brisbane Roar: Check out the best odds and the latest stats

Sydney vs Brisbane Roar: Check out the team lineups

Melbourne City still stands in front of Sydney FC in the points table but unlike last season it's not at the top. Akin to City, the Sky Blues have struggled this season, unable to get going due to frequent postponement of their fixtures due to coronavirus outbreak and FFA Cup participation. With the worst of scheduling issues behind them, the Sydney faithful will be pleased as they search for their fourth victory in succession across all competitions.

Warren Moon will enviously look in the Sydney dugout as Brisbane Roar arrive at the Jubilee Oval. The Sky Blues knocked them out of the FFA Cup in midweek and will surely look to pile on further misery. To avoid defeat will be Moon's top priority, a tough task easier said than done. Roar are winless in league outings this campaign but have only managed to participate in four of their nine scheduled fixtures.

Questions About Sydney vs Brisbane Roar 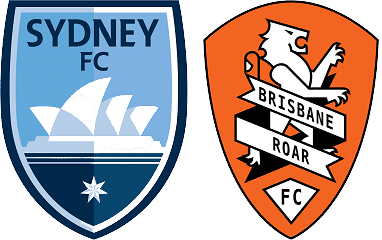