The fixture will be played between the bottom sides, Perth Glory and Western Sydney Wanderers. The Glory follow a terrible losing streak while the Wanderers also dropped three points in the last game.

Glory to triumph over Wanderers

The things for Perth Glory are getting desperate as they have lost consecutive six league games coming into this duel. However, the WS Wanderers have been favourable for the hosts and the Glory won three of the last five at home against them, losing zero. Wanderers will also be disappointed over the last two successive defeats of away outings. We will be hoping for a comeback for the Glory in this home advantage to find their lost track of wins.

The Glory have poor stats of their attacking line in the recent games but they were able to hit five times on target in the last home H2H against the upcoming rivals. Three of the last five H2Hs at the home of the Glory also ended with a total of over 2.5 goals. In addition, Wanderers have also managed a total of eight goals In the previous five league games. So a total of at least three goals will be our next pick for this game.

Perth Glory vs Western Sydney Wanderers: Check out the best odds and the latest stats

The Glory got the second home victory in a row in the last game against Adelaide United. Perth Glory could manage only three wins in the 24 attempts of this season and conceded 16 defeats, standing at the bottom of the table. The caretaker manager Ruben Zadkovich will not be happy to have ten players on the injury list ahead of this game.

After playing three successive undefeated games, Wanderers got defeated in the last away game against Wellington Phoenix. The team has also succeeded only six times out of the 23 attempts and currently stays at the tenth position in the standings. Rhys Williams will miss out on this game due to a hamstring injury. 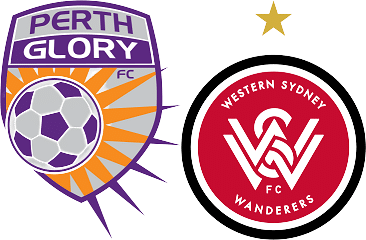 Where is the game being televised? Arena Sport (Cro), BT Sport Extra.