After completing their group stage of the AFC Champions League, Melbourne City takes on Perth Glory for the next A-League meeting. The Glory follows a long streak of winless league matches.

Melbourne City ended their group stage with three wins and three draws. Heart also secured four victories in the last five A-League outings. However, Perth Glory lost four of the last five games and are yet to win in the previous 16 attempts. Moreover, Melbourne City also succeeded in the recent two visiting H2Hs against Glory. So the coming challenge would be a tough test for the hosts and we expect Heart to continue their domination in this game with a win.

The front line of Perth Glory proved helpless for the team that could score only once in the last four outings, having identical results at home as well. The City’s defence will also be difficult to breach as they conceded only once in the last three games, scoring four in that course. For these reasons, we expect a low-scoring ending for this game.

Perth Glory vs Melbourne City: Check out the best odds and the latest stats

Perth Glory vs Melbourne City: Check out the team lineups

After a long wait of six defeats, the Glory added only one point to their name in the last game against Western Sydney Wanderers. Getting 16 defeats in the 25 league games so far, Perth Glory stays at the last of the table with only 15 points. The club manager Ruben Zadkovich will also be furious to have eight players on the injury list ahead of this game.

City ended their AFC Champions League campaign with a victory of 0-3 against Pathum United. But Melbourne City holds the charge of the A-League points table with one game in hand. Aiden O’Neill and Florin Berenguer will not be available for this meeting due to fitness concerns. 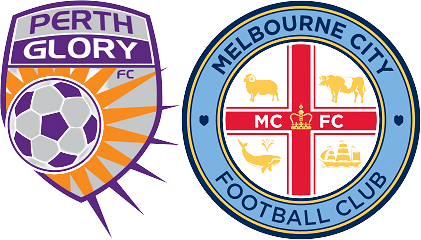 Where is the game being televised? BT Sport, DAZN Italia, Veikkaus TV.