In order to make up for their postponed affairs, Perth Glory hosts Macarthur on February 23. Both sides played a 1-1 draw in the last iteration of this fixture but will be gunning for the three points on offer to close in on playoff slots.

This past weekend saw Macarthur returning to winning ways against Adelaide United while Perth Glory earned their third win of the campaign against Brisbane Roar. Glory will be at home again for this fixture while the Bulls make the trip to Perth. Macarthur are winless in their last three away fixtures and will come under scrutiny. With Glory winning three of their last five home affairs, we are backing them to claim the bragging rights and three points on offer.

Goals have been difficult to come by for Perth but the same cannot be said about Macarthur. The Bulls like to score and concede with affluence. Their last seven fixtures across all competitions have concluded with Over 2.5 total goals and we expect this trend to be followed at the HBF Park. Our reason for optimism in this regard comes from both sides' ability to score consistently.

Perth Glory vs Macarthur: Check out the best odds and the latest stats

Perth Glory vs Macarthur: Check out the team lineups

Resumption of postponed fixtures due to the coronavirus pandemic can have a positive or negative impact on Perth Glory's season. For a team that finished 9th out of 12, the latter seems the case as they lack match fitness and have not been at their best for some period. In their last three outings, they have faced all three iterations of results possible, leaving fans wondering what to expect from them.

While the Glory faithful are mystified by their team's performances, the same can be said about their rivals. Macarthur started the season brightly but the turn of the new calendar year did not work out for them. After going winless in five A-League fixtures, they finally turned the corner with a 4-1 win over Adelaide United. To make matters worse, they had to go on the road where they have not enjoyed much success.

Questions About Perth Glory vs Macarthur 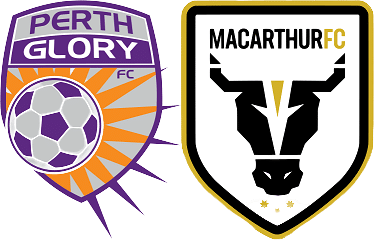