Off the back of consecutive winless games, Perth Glory has a home fixture ahead in the A-League against Brisbane Roar. The visitors put behind their poor form and got a much-awaited victory before this game.

The meeting will be played between the teams from the bottom side of the table. Perth Glory are yet to win a game from the last six and got four defeats in that course. On the other hand, Brisbane Roar are back to the away challenge after having four away defeats in a row. The Glory have been taking the home advantage in the recent games against the Roar, winning four of the last five hosting duels but the hosts are now winless from the last five home attempts. So we see this game ending with an equal score.

Both Teams To Score – Yes

Brisbane Roar has found the back of the net in five of their last seven games. Perth Glory didn’t make the favourable efforts but Glory has scored in all of the previous five H2Hs against the Roar. The recent defensive form of the visitors might also be helpful for the hosts that have leaked the goals in their all recent games. Hence, we expect at least one goal from both ends after the final whistle blows.

Perth Glory vs Brisbane Roar: Check out the best odds and the latest stats

Perth Glory vs Brisbane Roar: Check out the team lineups

The Glory missed the penalty in the first half of the last game and led them to a 0-0 draw at the end against Central Coast Mariner. The team has failed badly in this season, managing only three victories in 15 games and are at the last of the table. The Perth Glory manager Richard Garcia will not have any fitness issues ahead of this game.

The Roar finally got rid of their three-defeats sequence and got the victory in their last match against Wellington Phoenix. But Brisbane Roar has got only four wins and two draws in the 14 games to collect 14 points, standing at the second last position. Connor Chapman won’t be featured in the coming game due to injury. 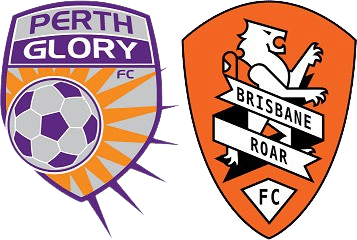