Following an away victory, Newcastle Jets search for the same result in their home duel of the A-League against Western United. The rivals enter the field after a defeat.

After having consecutive three defeats, Newcastle Jets found a victory in the last game but are still struggling for a win from the last two attempts at home. On the other hand, Western United returned to the losing track in the previous outing, playing the third winless game of the last four away attempts. In the three H2Hs at the Jets’ home, both teams secured one victory. So there seems to be equal competition and based on the current form, we expect a draw result for this game.

High scoring affair between the Jets and United

Newcastle Jets have been involved in some of the high-scoring totals recently and scored at least two in four of the last five games. While Western United didn’t score in the last meeting but managed a total of eight goals in the previous three outings. The previous two H2Hs between the teams also crossed 2.5 goals at the end. So a high-scoring total will be the most probable outcome for this game.

Newcastle Jets vs Western United: Check out the best odds and the latest stats

Newcastle Jets vs Western United: Check out the team lineups

The Jets finally stopped their rapid decline and added three points in the last game with a victory against Macarthur. However, a long string of winless games and only eight wins out of 24 games sent them ninth on the points table. The team manager Arthur Papas has only one fitness issue in the team as Ben Kantarovski is injured.

Western United couldn’t continue the home winnings to the away attempts and lost 1-0 in the last game against Central Coast Mariners. But nine victories and five draws have made the teams secure the seventh position in the standings. Alessandro Diamanti will be unavailable for this game due to injury issues. 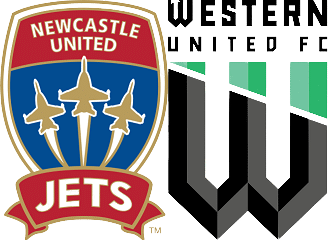 Where is the game being televised? BT Sport, Veikkaus TV.