After playing consecutive two home games, Melbourne Victory makes their trip to Newcastle Jets in the next A-League engagement. The jets will be eager to start there they left off with the last home victory.

Melbourne Victory are on the streak of ten undefeated league outings and won three of the last five. The Big V also won the last two games away from home. However, Newcastle won’t be an easy challenge to face as they have three consecutive home victories on their back. The Jets also registered the win in two of the last three H2Hs. Therefore, the hosts will be more confident to add three points from this game.

The Boys in Blue missed the chance to score once in the last four H2Hs but the Jets hit the target in all of those attempts. The hosts have also been making home advantage to find the back of the net in all recent outings at their camping ground.  Melbourne Victory also scored in the previous five away outings but didn’t score more than one in four of them. So we predict a BTTS outcome for this game but the visitors with a low score. Newcastle Jets also kept three clean sheets in three of the last five home duels.

Newcastle Jets vs Melbourne Victory: Check out the best odds and the latest stats

Newcastle Jets vs Melbourne Victory: Check out the team lineups

The Jets got their fourth victory of the last five home games previously against Perth Glory. However, the consecutive defeats of last month and a total of 13 winless games of the season made them stand at the ninth place on the table. Ben Kantarovski will be the only player on the injury list and won’t be able to play the game.

The Victory ended their winning sequence and were restricted to a 0-0 draw in their last game at home against Brisbane Roar. But the team got only four defeats in the 21 games of the season so far and stays at the third spot in the standings. Robbie Kruse is still on the injury list from last month, having a knee injury. 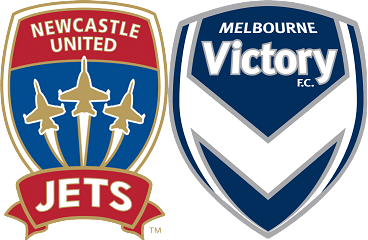 Who won the last h2h? 1-2 in favour of Newcastle Jets.