A-League leaders Melbourne Victory will look to keep their place as they host Adelaide United at the AAMI Park on Saturday, December 08. Both sides earned respectable victories in their last league outings and have a rich history at the homes of their rivals.

*Odds from our recommended partners are correct at the time of writing and are subject to change.

The last two times Adelaide United arrived at the AAMI Park, they returned with the three points on offer. Melbourne Victory was a shell of themselves in those meetings and will hope to end their winless run against the Reds. They did manage to defeat United on the road and should add to their tally given their newfound blessings from the footballing gods.

The last seven fixtures involving Melbourne Victory across all competitions have finished with Over 2.5 total goals. This fixture should not be any different given both teams penchant for conceding and scoring goals. Victory has the best-attacking productivity in A-League this season with 11 goals from their six league outings. The visitors from Adelaide are not far behind with eight strikes to their name. This fixture at the AAMI Park should see plenty of action for the scorers as the battle for top-spot intensifies.

Melbourne Victory vs Adelaide United: Check out the best odds and the latest stats

Melbourne Victory vs Adelaide United: Check out the team lineups

The Boys in Blue were pathetic last season as they finished at the bottom of the points table. They have been resurgent in the current campaign as they enjoy pole position with the best offensive record. Three of the top seven goalscorers are Melbourne Victory players and it will be interesting to see how they fare in their new year.

Carl Veart has turned Coopers Stadium into a fortress last season but the same cannot be said about their fortunes in the current campaign. They had to wait for six fixtures for their first win of the season, failing to get over the line with defensive gaffes costing them points. 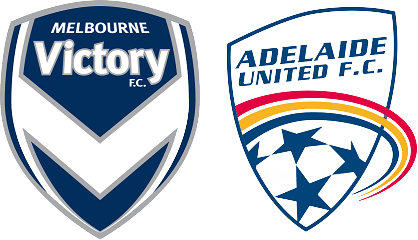 Who won the last h2h? 1-2 in favour of Melbourne Victory.

Where is the game being televised? Arena Sport, BeIN Sport Connect and BT Sport.