Melbourne City would be keen to strengthen their first position in the home advantage against Melbourne Victory. The Big V will also be looking to make advancement in the points table, having four games in hand from the first spot.

City has done a great job in their recent H2Hs against Melbourne Victory by winning three of the last five meetings, remaining unbeaten in all of them. The hosts are also undefeated from the recent six league outings as well. But the Victory comes after a poor record of away games, losing three of the last four and having no win. So Heart seems more confident in front of their home fans to continue their recent form and confirm the lead in this game.

Melbourne City has produced a series of high-scoring totals in their recent games and hit the target 12 times in the last five outings. The Victory has also been quite well in their offensive approach by scoring eight goals in the previous four attempts. Back to the teams’ H2Hs, four of the last five duels ended with over 2.5 goals, giving 22 in total. Hence, we would see the game in the anticipation of a high total at the end.

Melbourne City vs Melbourne Victory: Check out the best odds and the latest stats

Melbourne City vs Melbourne Victory: Check out the team lineups

City played their second draw of the last three games against Western United before entering into this game. After playing the most number of games of this season,18 among other teams, Melbourne City has managed to get on the top but will have to be consistent to hold it. All of the players of the squad would be ready to make an appearance without any fitness concerns.

Boys in Blue come into this game after a dramatic defeat of 4-3 in the AFC Champions League against the Japanese club Vissel Kobe. Melbourne Victory are presently fifth in the points table but have chances to make a huge difference in the points table as they have played only 14 games of the season yet. The club manager Anthony Popovic will have zero players on the injury list ahead of this game. 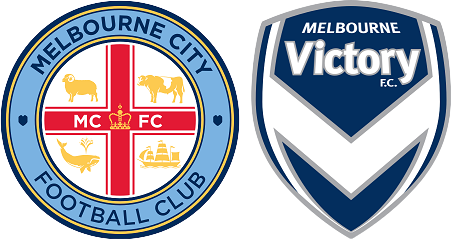 Where is the game being televised? Arena Sport (Cro), BT Sport, and DAZN Italia.

Who are the players to watch out for? Andrew Nabbout (Melbourne City) and Nicholas D'Agostino (Melbourne Victory).