Melbourne City hosts the second leg of the semi-finals of the A-League against Adelaide United on Sunday, 22 May. The teams enter AAMI Park, following a 0-0 draw at the Reds’ home.

Adelaide United had an incredible streak of six wins before the last game, playing the recent games consecutively at home. However, the Reds could manage only two victories in the last five away outings. On the other hand, Melbourne City aims to extend the sequence of six home league attempts, winning three of the last four. The heart also lost only once in the last nine home H2Hs against Adelaide United and won five in that course. So we expect City to take the advantage of their camping ground and confirm the name for the finals.

Accountability from both sets of scorers

Besides the previous meetings, the teams have displayed the pattern of BTTS outcome in the recent consecutive H2Hs. The Reds have been on the scoresheet in six of the last seven league attempts and City also managed to net the ball in all of the recent home outings of the A-league. Nevertheless, Heart would be determined to restrict the rivals to a low score, following the inability of scoring of Adelaide United in two of the last three away outings. But we will be backing for a BTTS pattern again in this duel.

Melbourne City vs Adelaide United: Check out the best odds and the latest stats

Melbourne City vs Adelaide United: Check out the team lineups

City ended the first leg with 42 per cent ball possession but restricted the hosts, Adelaide United to an equal score of 0-0. Melbourne City has been through the inconsistency of wins in the last game of various competitions but the return to home should give them hope to defend the title. Aiden O’Neill and Florin Berenguer will be absent in the second leg due to fitness concerns.

The Reds stuck to the winning sequence to enter the semi-finals but terminated their string in the last game, taking the misfortune of a home draw to the second leg. Adelaide United will have to be more disciplined in the away outing as they have two defeats and one draw in the previous five away games. Nick Ansell will be unavailable in the field because of an Achilles tendon rupture. 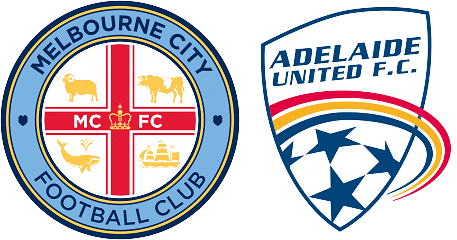 Who won the last h2h? 0-0 draw at the Coopers Stadium.