Western United and Macarthur face off against each other in the fixture of A-league on Tuesday, 19 April. Both teams will be looking to start where they ended in the last game with the victories.

Both teams come into this game after the unstable performance, winning two of the last five. Western United got three wins in the recent five home attempts but lost only once in the previous ten duels. However, things are getting desperate for Macarthur in away outings that have been defeated in four of the last five visits. Western United are winless in the last three meetings against the Bulls but we predict a comeback for them in this duel.

Western United enter this fixture after scoring six goals in the last game and yielding at least two in the four of the previous five home attempts, giving 13 goals in that course. On the other hand, Macarthur has also been able to give an average of two goals per game in the last four overall outings. All of the H2H meetings of these teams also ended with a total of over 2.5 goals and given the recent stats, we wait for another high-scoring outcome in this game.

Western United vs Macarthur: Check out the best odds and the latest stats

Western United vs Macarthur: Check out the team lineups

Despite missing the penalty in the early first half, Western United thrashed Perth Glory with a 6-0 victory at the end. The team stands second on the points table with a clear chance to get on the top, having two games in hand. The club manager John Aloisi will have zero fitness issues in the team before this game.

The 89th-minute goal helped the team to continue their home winnings in the last game against Brisbane Roar. However, the winless game of the last month got them to the sixth spot of the table, securing 32 points. Luckily, the team boss Ante Milicic owns a completely healthy squad to enter this game.

Questions About Western United vs Macarthur 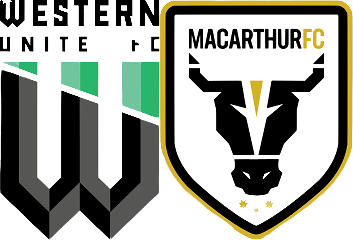 Who won the last h2h? Western United and Macarthur played a 2-2 draw.

Where is the game being televised? BT Sport, DAZN Italia, Paramount+ (Aus).