Following the losing string, Macarthur plays their consecutive third home game in the next meeting against Western Sydney Wanderers. Wanderers also struggle for a win from the last three games.

Macarthur has got the back of three defeats in a row and won only one in the previous five attempts. Western Sydney Wanderers are also on a similar drought for a win and managed to secure only one win in the last nine games. However, the Bulls have proved a quite difficult challenge for Wanderers by winning in three of the last four H2Hs, losing none. Macarthur has two victories in the last four home outings as well. So we expect a comeback for the Bulls and stop their continuous regression.

Both teams are following a poor form at their offensive touch and we don’t see a high-scoring total at the end. Wanderers scored only two in the last three games while hit on the target only three times in the last four H2Hs. Macarthur has also managed only one goal per average in the last three home attempts.

Macarthur vs Western Sydney Wanderers: Check out the best odds and the latest stats

Macarthur vs Western Sydney Wanderers: Check out the team lineups

The Bulls were hammered at home by Newcastle Jets in the last game with a 0-3 defeat. The recent terrible streak of losses has restricted Macarthur to stay at the seventh position of the table with 32 points. The club manager Ante Milicic will be ready to enter the field with a fully healthy squad.

Wanderers got their second defeat of the last three attempts previously against Wellington Phoenix with a 1-2 score. The team has managed only six victories in the 25 games of this season and stands at tenth place in the standings. Rhys Williams can’t be considered for the selection for this game due to a hamstring injury. 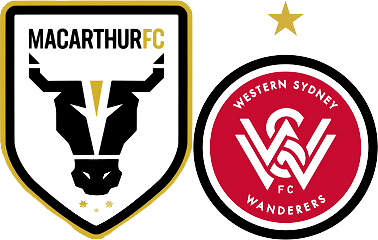 Where is the game being televised? BT Sport ESPN.