Brisbane Roar are going to make their successive third visit in A-league in the coming fixture against Macarthur. The Bulls focus to repeat the last home victory when they return to their camping ground.

Bulls to clamp down on Roar

Macarthur made only one victory in the last five overall meetings but the Bulls have registered three wins in the last four home duels. On the other hand, Brisbane Roar has been going through several winless away outings, winning only one of the last 12. The visitors also played two consecutive draws and lost three of the last six meetings. Hence, we would be backing the hosts to have an advantage of the home stadium to get the lead in this game.

Goalscorers to have trouble

Macarthur and the Roar were unable to score in their respective previous games. However, the Bulls have managed to score in most of the home games, yielding four in the last home attempt. On the other hand, Brisbane Roar didn’t score in two of the last four outings. the previous two H2Hs featured BTTS outcomes but the recent stats let us predict the change of trend and only the hosts on the scoresheet.

Macarthur vs Brisbane Roar: Check out the best odds and the latest stats

Macarthur vs Brisbane Roar: Check out the team lineups

The Bulls lost their last game against Adelaide United by giving a lead of only 1-0 to the opposition. After losing three league outings in the last five attempts, Macarthur are at the seventh position in the standings. the manager Ante Milicic will have a completely healthy squad available to play in the coming game.

The consecutive three undefeated games helped the Roar to make a little advancement to stand at the tenth position of the table. Brisbane Roar clipped Melbourne Victory to a 0-0 draw in their last game, playing away from home. Connor Chapman is still out of the selection for the manager Warren Moon due to injury.

Questions About Macarthur vs Brisbane Roar 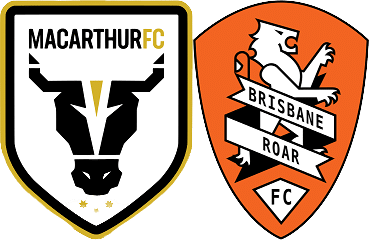