Macarthur welcome Adelaide United to the Campbelltown Stadium in Sydney for their Matchday 15 tasks. The Bulls have been in poor form in recent weeks while United will be in high spirits after beating Melbourne City in midweek.

After playing three matches on the road, Macarthur returns to the comforts of Campbelltown Stadium. Adelaide United will be unfazed by the venue after defeating champions Melbourne City in a 1-2 scoreline. The most recent meeting between these sides saw United claim the three points on offer in a 3-1 result and they were not performing at optimal levels at that time. Come Saturday, we expect them to continue their brilliant away form which has seen them face defeat once in their last eleven outings.

The Bulls head into this fixture with a -2 goal difference. While they have managed to score with regularity, the 3 goals seen on average in their league outings comes has an equal hand of the mistakes committed at the back. They will have a tough time against the Reds, who have the second-best offence in Australian top-flight football. Macarthur's last six fixtures have concluded with Over 2.5 total goals and we expect that trend to continue in this meeting.

Macarthur vs Adelaide United: Check out the best odds and the latest stats

Macarthur vs Adelaide United: Check out the team lineups

The 2021/22 season started with aplomb for Macarthur supporters. However, the turn of the new year has not gone in their favour as they remain winless in their last five matches. It has seen them slide out of the playoff rankings but have a match in hand over their rivals. While that may be reassuring, their constantly declining goal difference is something that would be giving Carl Veart headaches.

After equalizing in the first half, Adelaide required the help of Mohamed Toure to secure the win against Melbourne City. The 17-year-old's 85th-minute strike was enough to get them to two points of league leaders Western United. They will hope to earn the three points on offer, piling pressure on Western United, who play a day later.

Questions About Macarthur vs Adelaide United 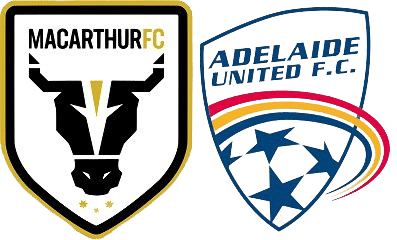 Which team is the favourite to win? Macarthur FC.