Central Coast Mariners host Western Sydney Wanderers in their next A-League engagement on Saturday, 18 December. The visitors have got the back of two consecutive defeats while the Mariners registered victory in the last game.

Central Coast Mariners have got four victories in the last six matches, including FFA Cup games. On the other hand, Western Sydney Wanderers are lacking discipline in the recent games after the previous season and registered only one win in the last five while losing two of them. The mariners enter this game after a home victory and would be keen to repeat the result. The last meeting between the teams ended in a draw while the Wanderers are unbeaten in the last five meetings against the Yellow and Navy. So the fixture promises to be a gripping one but we expect the hosts to find their victory against their coming rivals.

Three of the last five meetings between these teams ended with a high-scoring total and we would expect the same pattern to be followed in this match. Wanderers were not impressive in scoring recently and yielded only five goals in the previous five outings but Central Coast Mariners have been able to score seven times in the same duration.

We have seen only one clean sheet in the last five meetings between these teams. Central Coast Mariners played five of the last six games away from home but scored in five of them. On other hand, ES Wanderers have hit the target in three of the last four attempts. Adding more, the visitors have scored in all of their recent duels against the Yellow and Navy. So based on the recent games and H2Hs of the teams, a BBTS outcome would be the most probable result of this game.

Central Coast Mariners vs Western Sydney Wanderers: Check out the best odds and the latest stats

Match Preview of Central Coast Mariners vs Western Sydney Wanderers: Mariners in search of the win over the travelling Wanderers

The Yellow and Navy managed their second victory of the season in their last match against Sydney FC with an early lead of 2-0. Central Coast Mariners have two wins and two defeats in the season so far and secured the fifth position in the points table. The team also won both FFA Cup engagements. The manager Nick Montgomery has an injury-free squad available for the coming game.

After remaining unbeaten in the first three games of the season, the Wanderers got the 0-2 defeat in their last game playing against the table-leader Macarthur. The team has been able to secure five points from one win and two draws and presently stands in seventh place in the points table. The club boss Carl Robinson enter this game with a fully healthy squad. 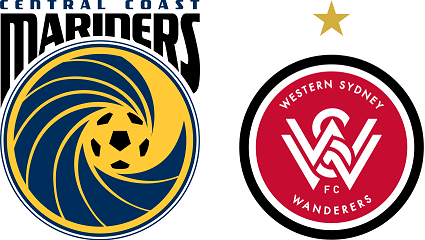