After their home victory, Macarthur are set to make a trip to Central Coast Mariners for their next A-League engagement this weekend. The Coasties would be waiting for home advantage, following their two draws in a row.

Central Coast Mariners are unbeaten in the last four home attempts but registered only one victory. However, their coming rivals don’t come with acceptable results of the away outings. Macarthur lost their consecutive previous two away games and are yet to win from the last three. The Mariners are also unbeaten in two of three hosting games against the Bulls, winning one. So we think that the hosts would be able to make the home advantage in favour of them to collect three points.

The Coasties have got a momentum of scoring in their home games, scoring in all of the recent seven home attempts. While Macarthur did even better in this regard by giving numbers in all of their last ten games. Adding to the defensive ends, Macarthur are leaking goals from the last four games consecutively and the hosts managed only one clean sheet in the recent ten attempts. So given all these, both teams should be on the scoresheet at the end.

Central Coast Mariners vs Macarthur: Check out the best odds and the latest stats

Central Coast Mariners vs Macarthur: Check out the team lineups

The save of a penalty from the goalkeeper Birighitti helped the team to take a clean sheet, ending the game as 0-0. The Mariners have a long run of winless games this season and find themselves at the eighth position with only 16 points, after 15 games. The manager Nick Montgomery will be ready for the game with all of his players available for the meeting.

The Bulls put behind the series of winless games by getting a delightful victory of 3-1 against Western Sydney Wanderers. After securing seven victories and six draws in the 16 games, Macarthur are currently fourth in the standings. The club boss Ante Milicic will also have a completely healthy squad before the coming game. 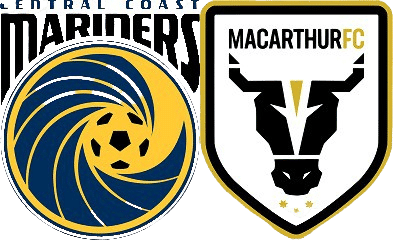 Who won the last h2h? 3-3 draw at the Central Coast Stadium (Gosford).